The Art of Storytelling in a Time of Disinformation

The Art of Storytelling in a Time of Disinformation 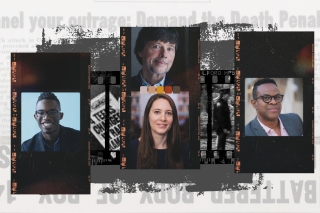 The video begins with an overview of Sarah’s senior thesis at Yale, which she wrote about on the Central Park jogger case and ultimately adapted into a book (2011). She and Ken, along with David McMahon, also wrote, produced, and directed their 2012 documentary The Central Park Five. Ken introduces his digital initiative, UNUM—a media platform that atomizes his vast library of work to place current events in their historical context and trace themes throughout history.

The discussion features multiple video clips, including an excerpt from Professor Harris’s film Twelve Disciples of Nelson Mandela, and from The Central Park Five, which captures reactions to the case from the media, politicians, and the public. Part of a 2019 UNUM roundtable discussion is also shown, featuring Yusef Salaam, Korey Wise, Kevin Richardson, Raymond Santana, and Antron McCray reacting to The Central Park Five years after being exonerated from the case.

Panelists examine the art of storytelling in Schwarzman Center event 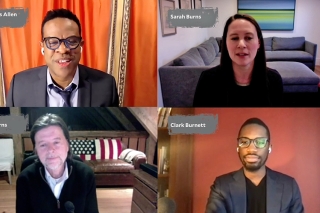 Can storytelling rescue us from disinformation?