Between the World and Me

Between the World and Me 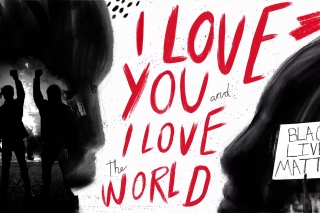 Since its publication in 2015, Between the World and Me has represented the consistency of art as a form of resistance. Author Ta-Nehisi Coates presents the nonfiction work as a letter to his teenage son, recounting his experiences growing up in Baltimore, confronting anti-Black violence, and persisting against structural white supremacy.

On 21 November 2020, HBO premiered a screen adaptation of Coates' celebrated  narrative by combining elements of the Apollo Theater's 2018 stage production of the book with powerful readings from the book itself and documentary footage from participating actors' home lives, as well as archival footage and original animation. The YSC participated in a podcast and panel as a supplement to the HBO premiere.

We encourage you to watch the HBO premiere of Between the World and Me. Yale students and staff may access HBO through XFINITY On Campus.

Listen to host and HBO's Between The World And Me executive producer Susan Kelechi Watson as she leads in-depth discussions with thought leaders and creatives to extend the conversation, unpack the film, and relive key moments from the landmark work. The YSC participated in episode #4 of this four-part podcast series. Listen Now

In this video, artists and scholars reflect on Between the World and Me and its impact in the theater and classroom. Panelists include: